We're on a mission to build a global community of riders who create and share routes, discover new adventures, and go on better rides, more often.

Our Ambassadors are longtime friends and trusted experts who are here to share stories from their globe-trotting adventures, introduce you to your new favorite route, and offer tips for making the most of Ride with GPS.

They are master route planners, gravel racing enthusiasts, bikepackers, community builders, roadies, commuters, ultra-endurance racers, and, most importantly, they all share a passion for cycling and a commitment to inspiring others to get out there and ride. 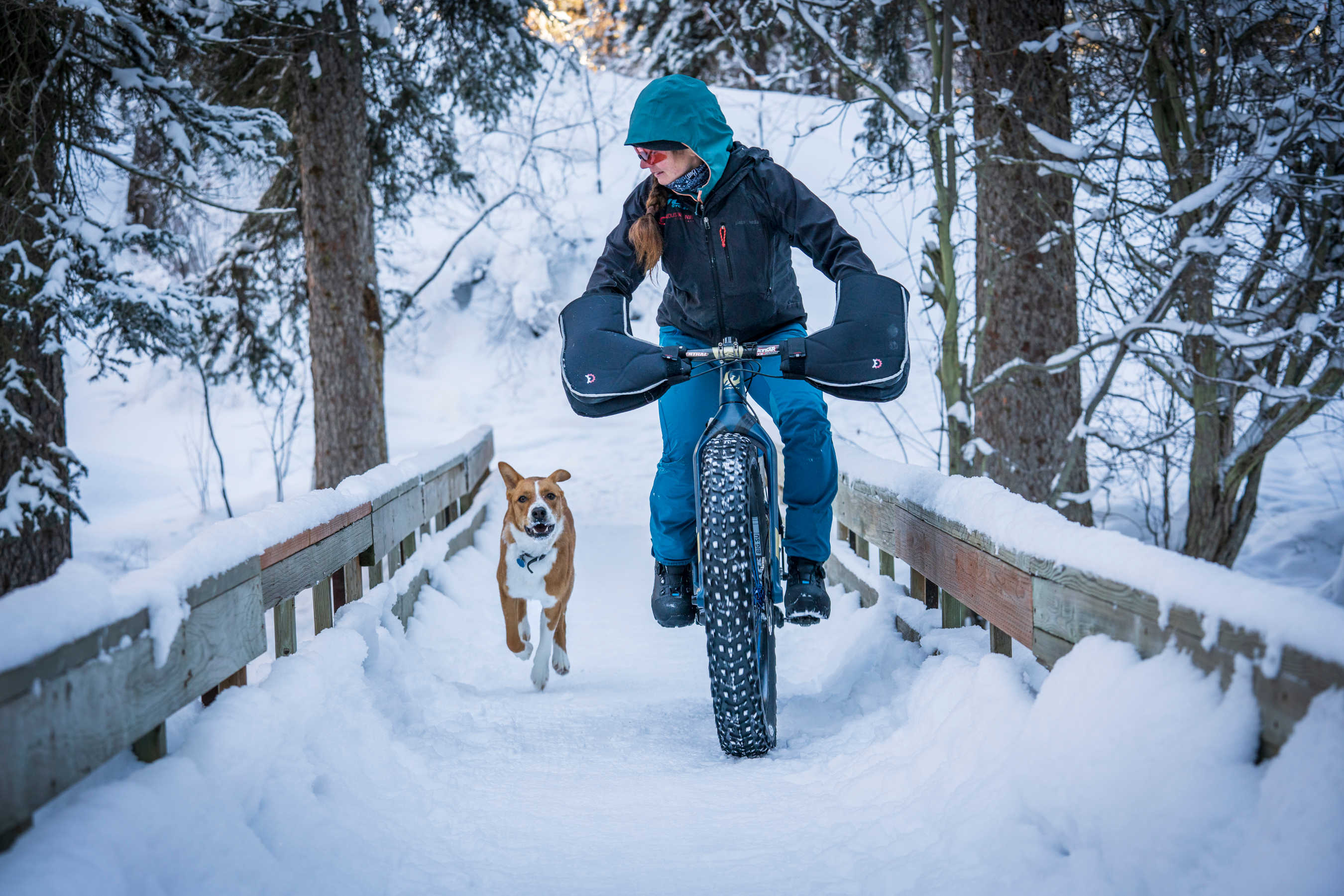 World Champion and record-holding ultra-endurance mountain biker, Kait found bikepacking and adventure cycling in the midst of a 12 year career teaching expeditionary adventure education. She has bikepacked on self-designed routes on five continents, in search of the biggest, best mountain riding. Her passion for bikepacking and connecting people to landscapes inspired co-founding Bikepacking Roots, the only national 501(c)(3) nonprofit dedicated to Bikepacking. Kait strives to connect bike inspired adventures with the landscapes through which we ride and believes that without a map, you’re either lost or not going far enough from home. Discovering new-to-her trails, connecting landscapes, and filling in her mental map of her home are all what inspires her to ride and seek new ways to go. 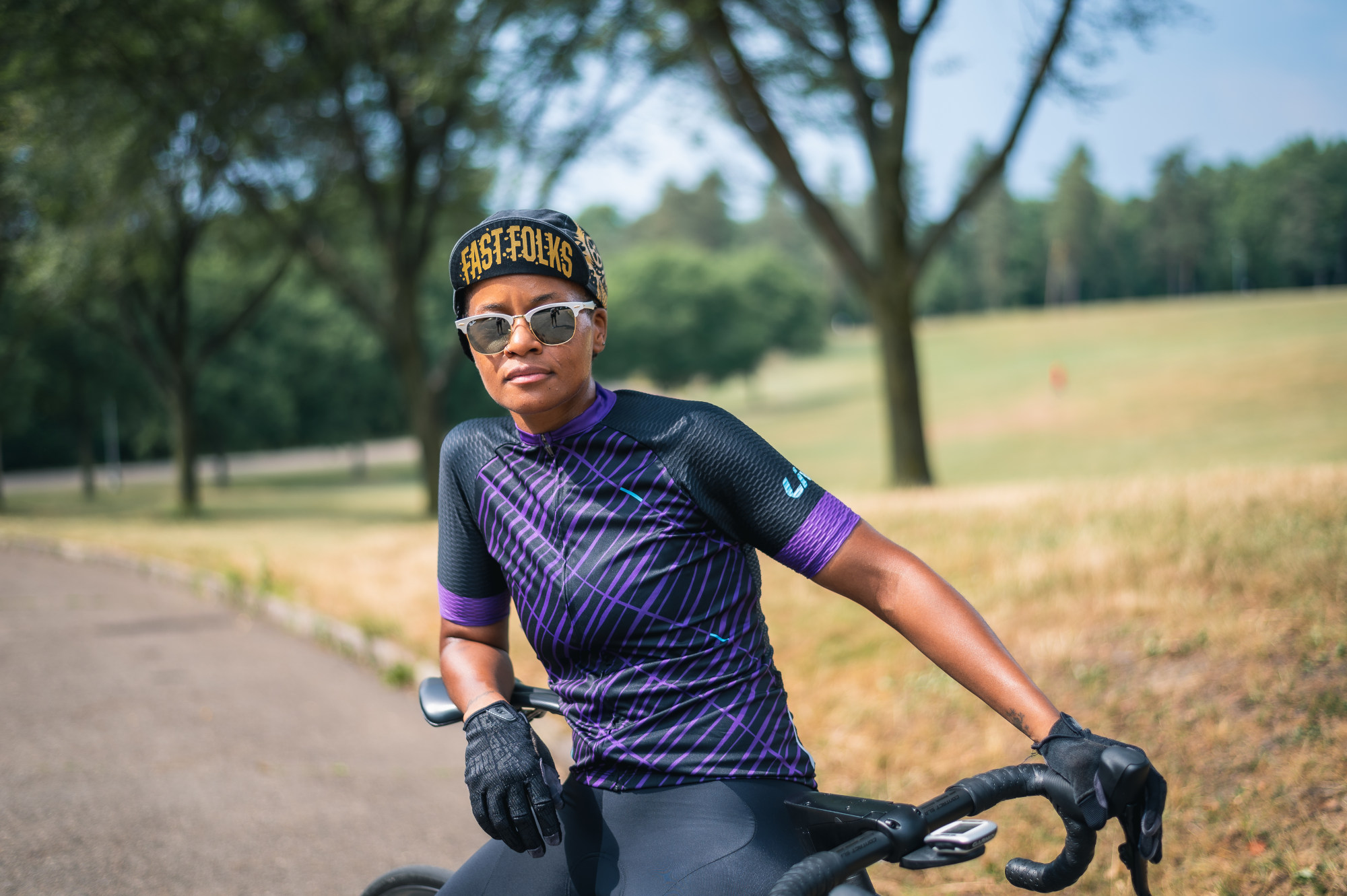 Shequaya is a member of The Black Foxes, a collective of cyclists who aim to control their own narratives. She has been cycling consistently since Spring 2011 as a commuter and then began dabbling in bicycle racing in approximately 2014. Since that time she has raced bikes for several different teams but has recently joined LaPrima Espresso Company Race Team. In her spare time, Shequaya is the President of the Pittsburgh Major Taylor Cycling Club (PMTCC), MajorForce Youth Mentor, a United Way Be-A-Middle-School Mentor (BAMSM) at Westinghouse High School, Pittsburgh Youth Leadership Mentor, and sits on the Pittsburgh Community Reinvestment Group Board. Shequaya works at Grounded Strategies as the Director of Operations. She is a native of Pittsburgh who graduated from Peabody High School and attended Pennsylvania State University to study Health Policy and Administration and earned her Bachelor of Science degree. She has her Master in Business Administration from the University of Phoenix. 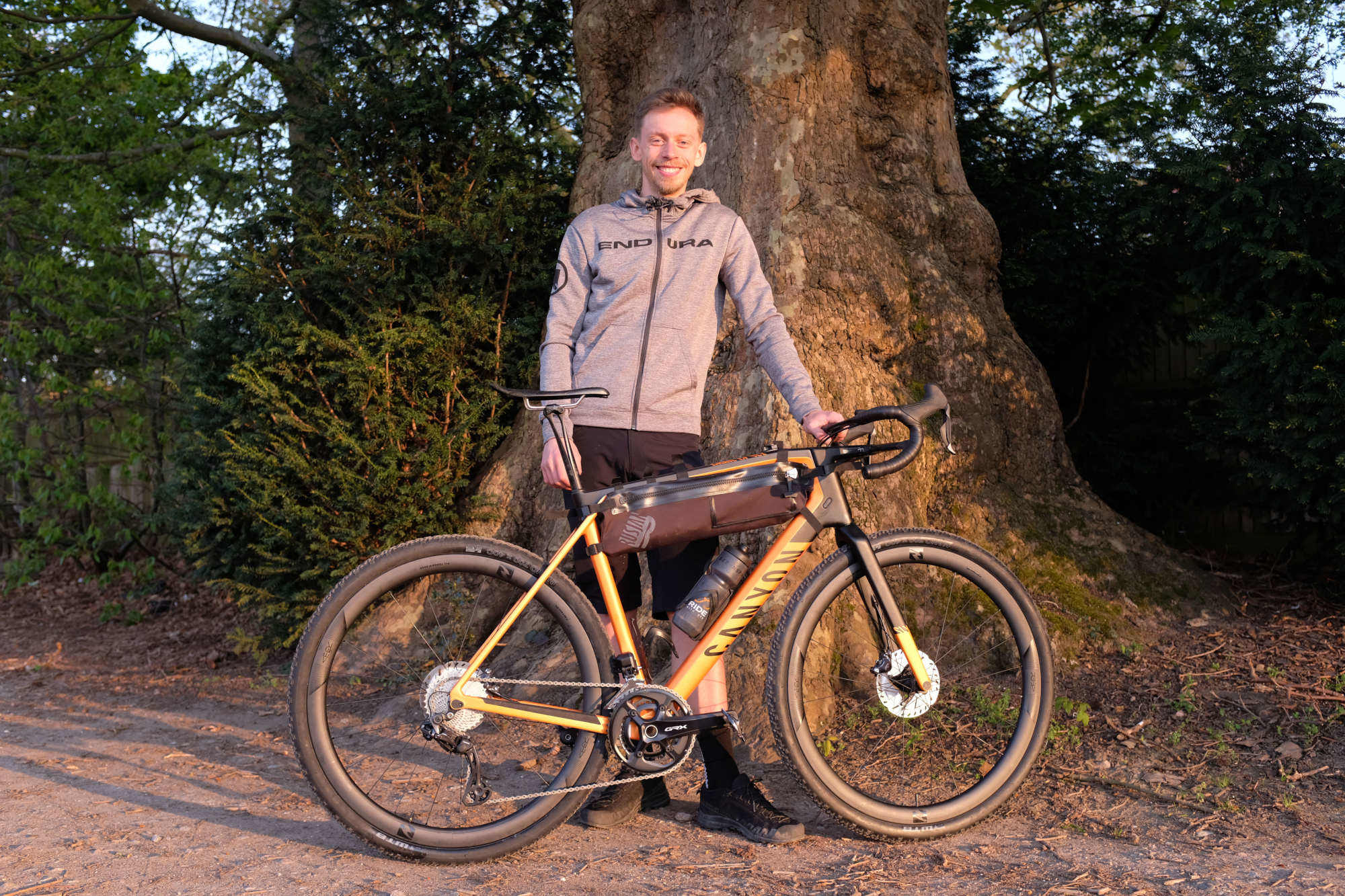 James enjoys pushing himself to dark places. He only got into cycling at the age of 20, becoming involved with a road race team. After a few years and looking for a greater challenge he moved on to ultra endurance racing. Having cut his teeth racing solo and unsupported on tarmac, he has recently shifted his focus to off-road events. With two first place finishes in The Transcontinental Race and multiple top 5s in off-road events, he simply loves to ride bikes hard. When not racing, he can be found getting lost and scouting cool new trails in the mountains - being outside is where he feels at home. 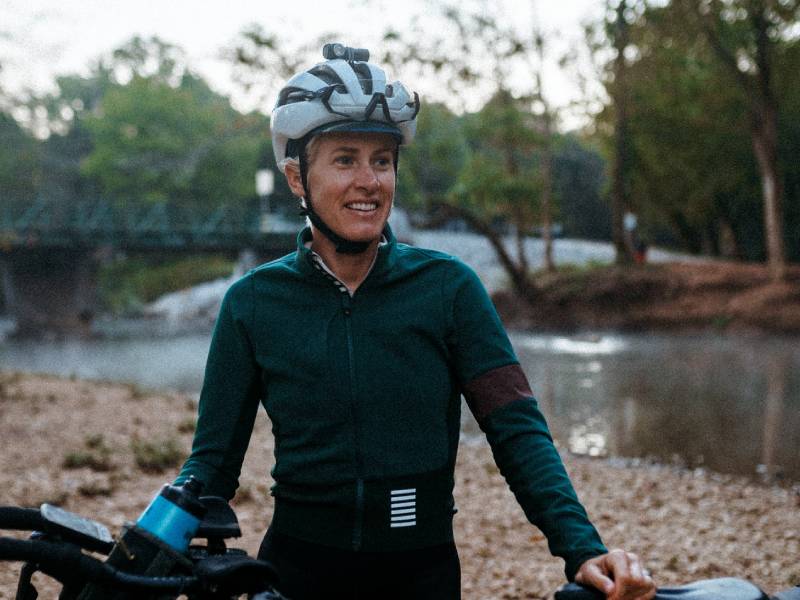 Scotti believes cycling changes lives. Being on a bike has allowed her to explore far-reached places around the world, but also in her own personal development as an athlete and coach. Her background is in UCI road cycling. Scotti has competed in some of the top Women’s WorldTour road races like the Giro Rosa, Tour Down Under, Tour of California and La Course. In 2019, Scotti shifted lanes and began focusing on ultra endurance cycling as a means to define the passion and purpose behind why she rides. Scotti and her husband Ernie have won Silk Road Mountain Race as a pair, and in October of 2021, Scotti became the first woman to win the solo Overall at the Arkansas High Country Race, having set a women’s new FKT, as well.

Scotti has been a cycling coach for over 10 years. She and her husband own Leborne Coaching and love working with developing athletes of all ages and disciplines. This year, they founded a 501c3 junior development cycling team that will help youth between the ages of 13-18 continue to grow in the sport. Scotti and Ernie founded a new business in 2021 called Natural State Rock & Republic, a cycling retreat in Springdale for locals and tourists alike to enjoy Northwest Arkansas by bike. Scotti is also a mom, and she loves bikepacking with her kids whenever she can! 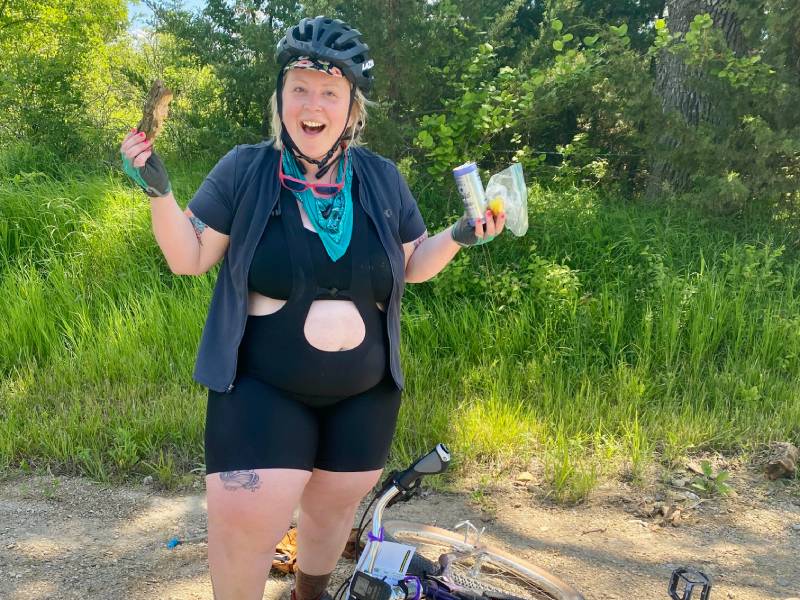 Marley is not your conventional professional cyclist. She's a self-identified fat woman, working through the group she co-founded, All Bodies on Bikes, to change the narrative of what a cyclist looks like. Marley started riding bikes seriously as an adult in 2013, using her bike to commute to work and quickly falling in love with bike camping, bikepacking, and gravel riding. After riding thousands of miles in ill-fitting clothing and without a rain jacket, Marley took her advocacy skills that she learned while working towards safer streets in Seattle and started working to change the cycling industry from the inside out. Marley now consults with bike brands on size inclusion, teaches classes for other large people wanting to ride bikes, and has started dabbling in the world of gravel racing, cyclocross racing, and randonneuring. 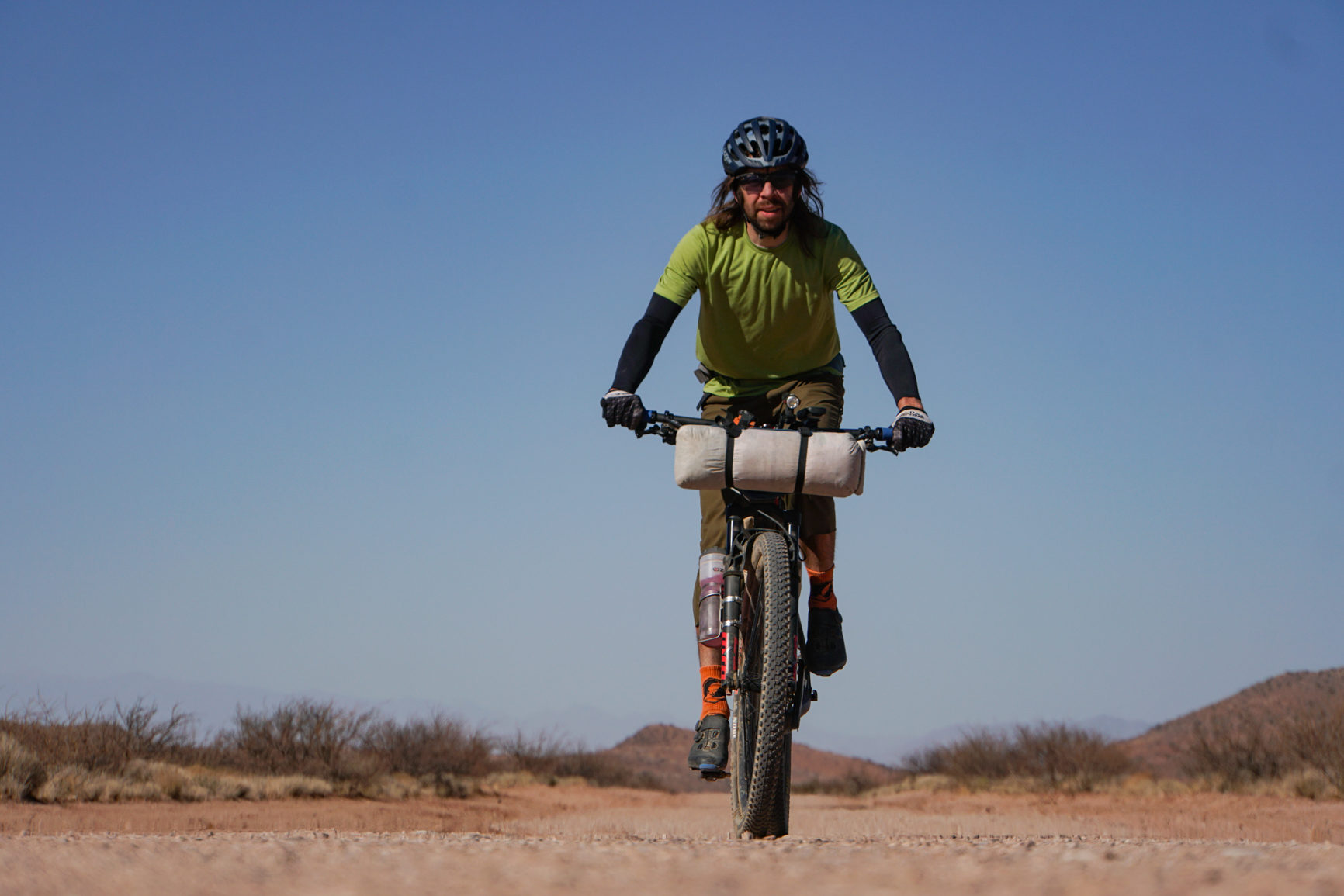 Kurt has been infatuated by bikes and long rides since his early teenage years, and little has changed in the subsequent two decades aside from the rides generally getting longer and through more remote country whenever possible. The world of bikepacking and ultra racing captured his attention in 2007 as he tired of the cyclocross circuit, and since then he's won and/or set records in Tour Divide, the Arizona Trail 300 and 750, the Colorado Trail Race, the Iditarod Trail Invitational 350, and many more ultra events. But the long backcountry tours have been the most impactful on his life, and those inspired the creation of Bikepacking Roots, a 501(c)(3) non-profit organization dedicated to supporting the bikepacking community and the places we ride. Kurt holds a Ph.D. in Earth Science and was a professor for six years before shifting his focus to being squarely on bikes and the empowering experiences they offer. 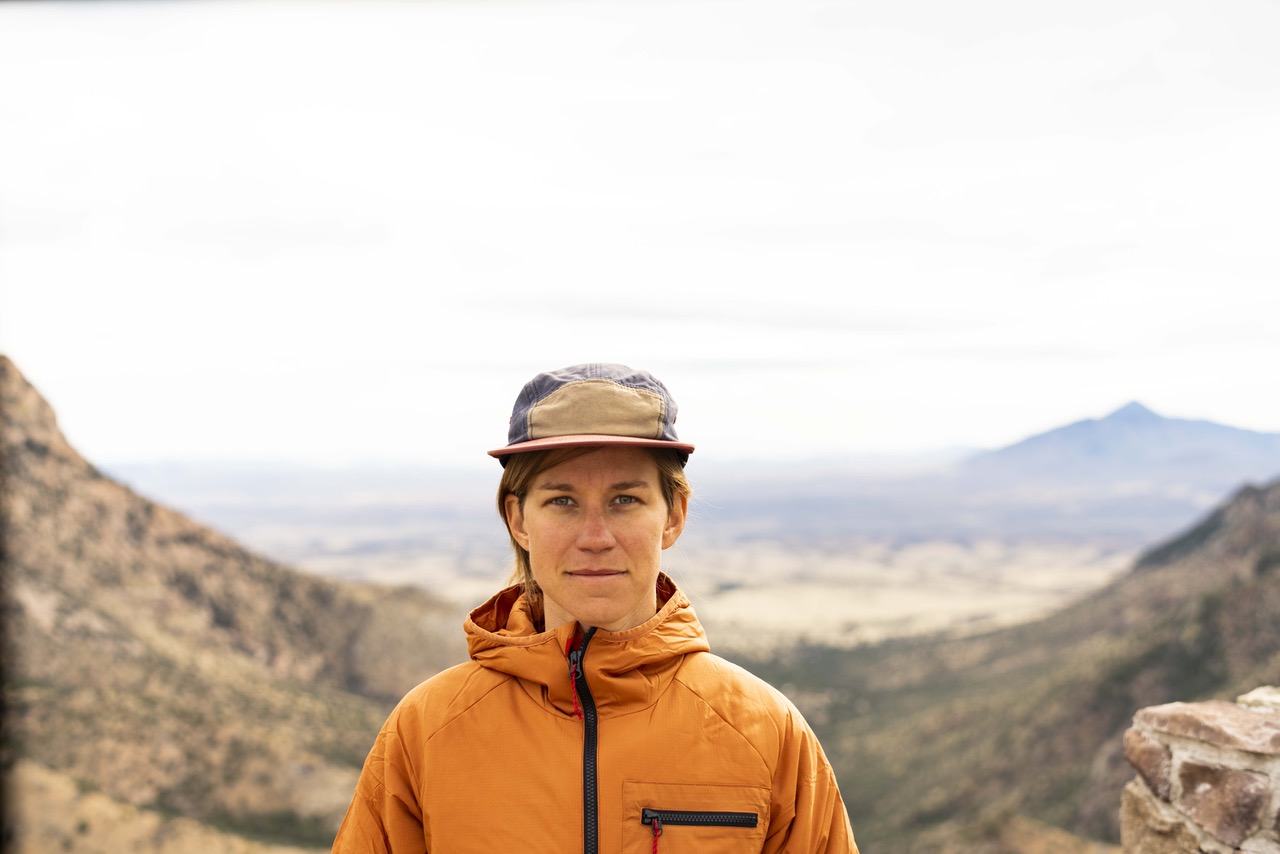 Sarah uses her bicycle as a tool for well-being, community connection, and relating to the natural landscapes she travels through. She grew up in the suburbs outside of Cincinnati, Ohio, but these days splits time between Durango Colorado, Elgin Arizona, and any far flung place around the world she is pedaling her bike and pitching her tent. As a professional adventure cyclist, route maker, storyteller, organizer, and consultant, she is passionate about sharing the knowledge she gains from her experiences working with and traveling by bicycle with others. While she enjoys all forms of riding a bicycle, her favorite disciplines are bike touring, gravel racing/riding, and mountain biking. She especially enjoys all of these disciplines when she is researching and testing new routes to share with her community. Her latest projects have been organizing Ruta Del Jefe, which is an adventure cycling event created to raise awareness of the environmental and humanitarian crises occurring in the borderlands of Southern Arizona and developing a cycling outreach program for the Appleton-Whittell Research Ranch. You can read the many stories Sarah has written about her travels and lifestyle on her website; and you can find her route guides published on Bikepacking.com and in Lonely Planet’s Epic Rides of the Americas.

Follow along with the Ambassadors @ridewithgps and read their stories from the saddle in our Journal.

Read stories from the Journal 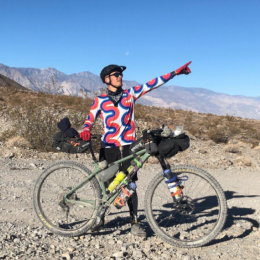 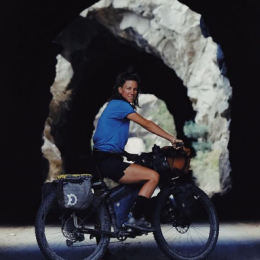 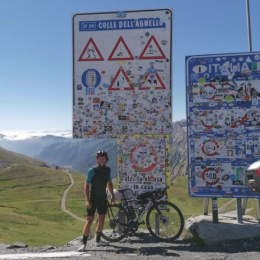 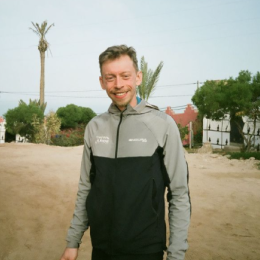 Tell us a little about yourself