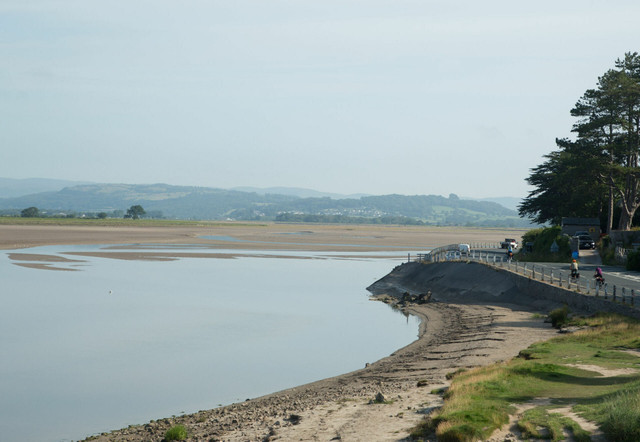 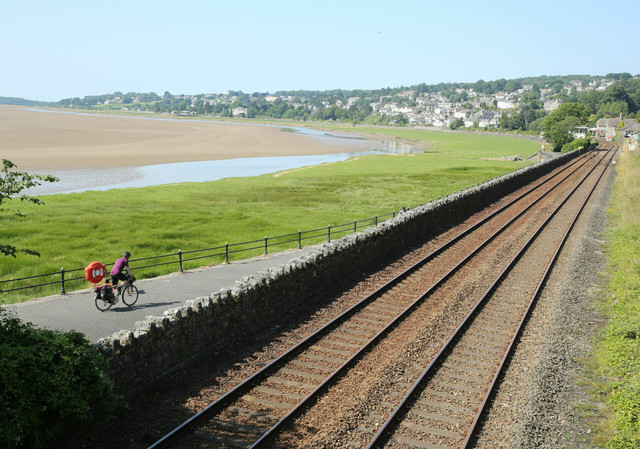 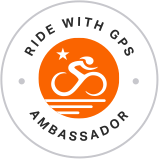 This section starts at Arnside Pier. It sounds grand but it's smaller than expected being a 20 metre stone structure that juts into the estuary. From the pier the ride sweeps the bay heading briefly inland before extensive views to the left of Morecambe Bay and the fells. Swinging north and inland, you pass through pretty agricultural land, which is very flat with only 2 small climbs. The lanes are narrowish and full of cyclists.
It gets a little busier around Levens Hall where you join the A6, however most traffic is on the A590 and there is a stretch of pavement to use. Through Levens and some cycling infrastructure kicks in. There is a cyclepath and bridge built for cyclists that parallels the A590 and a route under the A590 that is controlled by a traffic light specifically for cyclists. After this you have one more climb before arriving on the outskirts of Grange. The Cumbrian Cycleway and the newer Sustrans routes (70 and 700) enter Grange along the road. However it is highly recommended to enter via the promenade but you need to walk your bike for a section

Changes to Cumbria Cycleway
There is one change to the original route where a farm track has been replaced by a cyclepath next to the A590, at 13.7 km. Rather than the cyclepath and bridge along the edge of the A590, the cycleway went right after the garages to take the first left along a farm track to pass the farm on the right to bear left under the escarpment. It’s now been replaced by a sustrans route

SUSTRANS
Routes 70 and 700 use part of this now

Want to ride this?

Put it on your bucket list and we'll help you celebrate.

Just save a link

Getting back to this route is easy with pinning. ()

Neil Wheadon would love your help bringing this route to a wider audience.

Other routes by Neil Wheadon

Tell us a little about yourself