Enter Code is a feature that is available for a limited number of users. It is currently not possible for anyone to generate a code to use at this time.

The app will not follow a generic URL or just any QR code found on the street. If it isn’t a Ride with GPS app code then you will get the error “Invalid Code”.

What can app codes go to?

Entering a code: you’ll be supplied a code for an event, tour, club, or other type of organization.
Entering the code manually it is not case-senstive so you don’t have to fuss with capital letters.

QR Codes: Tap Scan to utilize the camera to scan the QR code. After it is scanned, you’ll be taken to the event, ride, or route.

Enter Code is also found at the sign-in/sign-up screen: 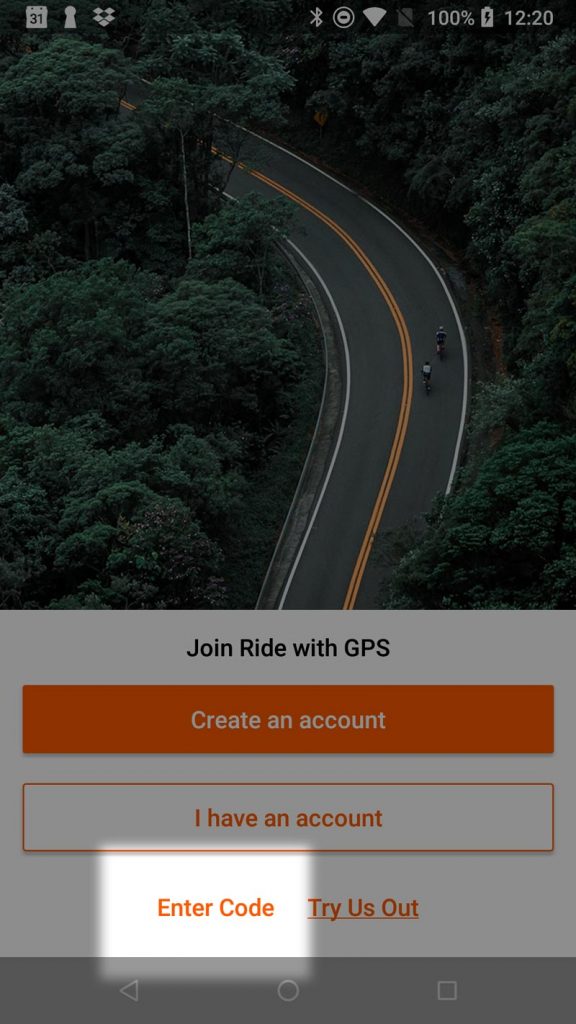 You’ll find it in the App Drawer 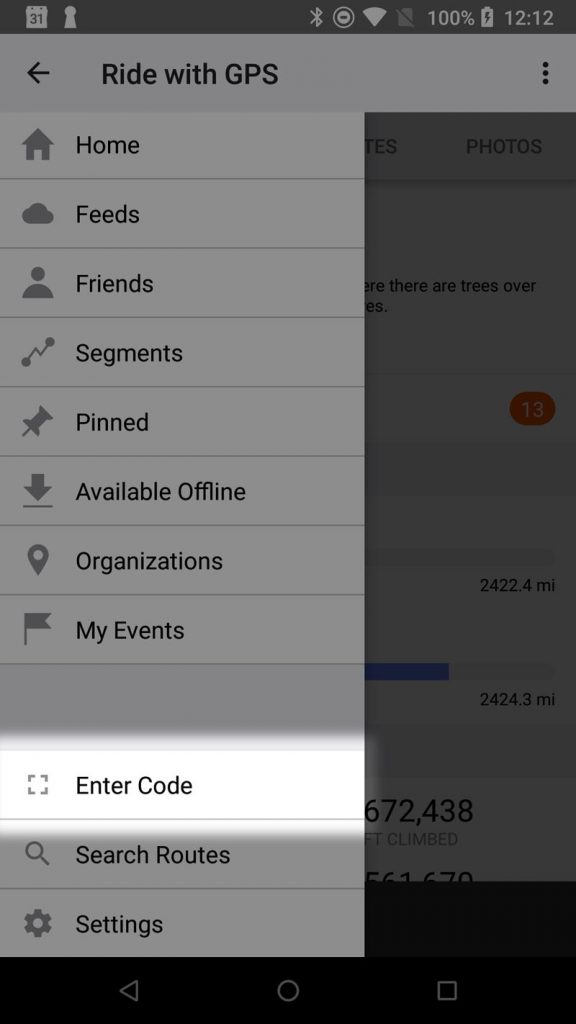 I can’t read the QR code using the camera
It’s either not valid or the lens on your camera is a bit too dirty to recognize the code clearly.
The app code I was given doesn’t work or the app says it is invalid.
Contact your event organizer or whomever supplied the code.
Can I use the code without a network connection?
No, the app codes go to something on the internet so it will require the code.
Will I have to use the app code every time I want to see a certain ride or route?
While viewing the route for the first time, make sure to PIN the route so you can reference it again later. Once pinned, you’ll find it in the PINNED section of the app drawer or rides > pinned, or routes > pinned. Learn more about Pinning.
Can I RSVP to an event without signing in?
You will need at least a free account to RSVP to an event. This allows the event organizer to track how many people are going to show up and allows you to take advantage of free navigation of the route during the event.